I don’t know how I should begin, but let me tell you, Pokemon has been one of my favorite and most-watched cartoons in my childhood. I still recall not studying for my examinations and watching Pokemon even the day before the exams. It was essentially a story of two children Ash and Misty. Ash is set upon a journey to become the world’s largest Pokemon trainer and he has to face lots of challenges in the form of contests between other Pokemon trainers. Each Pokemon trainer has a monster (called the Pokemon) you can command for the match. These monsters were contained in balls, which its trainer could catch and throw out for a match. I could go all day talking about Pokemon cartoon episodes, but right now I have to stop my nostalgia trips to my 90s childhood.

Because today we are looking at what lessons have the launch of Pokemon Go has given us all. Pokemon Go has become so viral in the digital media. People have become so addicted to this game now. By now, it has been downloaded billions of times in the US alone making Pokemon Go the most mobile game in the US history! And by the time, I am writing this, the world has already witnessed the rash of problems happening all due to Pokemon Go, including death! The craze for Pokemon Go has indeed raised so much safety concerns already. That’s the height of people’s madness for the game.

What is the Pokemon Go?

If you don’t know already, the game of Pokemon Go requires people (the Pokemon trainer) to catch imaginary monsters into their virtual balls, using the GPS on their phones. The camera turns the place where you are standing into a virtual ground where you can hunt for these iconic monsters.

The best part is, you are rewarded for walking so long until your phone vibrates, indicating that a Pokemon is somewhere around. As soon as you find and catch the Pokemon, you are rewarded with game points. As you score a certain amount of game points, you pass various levels in the game.

When you have collected so many monsters in your virtual ball, you can play tournaments with people having the same levels as yours. The game changes the local places and buildings into virtual Pokemon gyms to train their monsters and PokeStops, which people must physically visit stock up accessories for their Pokemon monsters. These locations have been determined by location data gathered by Nintendo in the research period.

Even though Pokemon Go has not been released in India officially, people have been downloading APK versions available online to play it. So what’s this big deal of Pokemon Go? Why has the fame for just a niche mobile app skyrocketed so hugely? We haven’t even seen TV ads of the Pokemon Go launch yet. As we all know, Pokemon Go became so viral on the Internet.

What are the marketing lessons to learn from the Pokemon Go Strategy?

The launch of Pokemon Go, a game that seemed to be made for children has already made a huge impact on business. It’s also going to dramatically change the way businesses do marketing in the future. Here’s a catch of what we can learn from Pokemon Go’s astounding marketing strategy.

1. Social media can turbocharge a brand’s popularity to amazing proportions.

Pokemon Go is the perfect example of viral marketing. For the last few weeks, when scrolling through our Facebook or Twitter feeds, if you looked on both sides, Pokemon Go has been the most talked-about stuff. Even on the days leading up to the launch, no one had seen ads showing up anywhere other than on social media. Pokemon Go was a fire spread by digital word-of-mouth on social media. Nintendo, the marketers of Pokemon Go had just sent out tweets about the game’s launch in the US, Australia, and New Zealand. Over time, they have got mentions in 6.6 million tweets.

2. You don’t need a big fat budget for an ad campaign

As you see, Nintendo just used the social platform to send tweets about their launch. The marketers of Pokemon Go didn’t even turn to invest in visual advertising on TV. What matters here the most is that you connect well with people. That can be done by using social media as part of your marketing strategy. This proves that marketing is not necessarily associated with a weighty ad campaign. 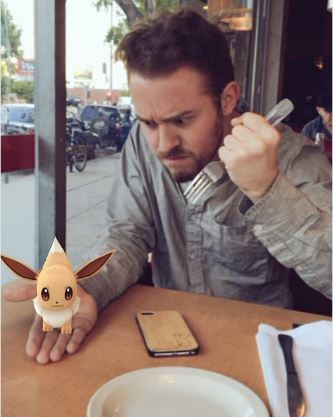 The 90s cartoon content of Pokemon Go was re-purposed according to the latest technology and as per the tastes of the modern market. They have cleverly used the concept of augmented reality that’s becoming a trend of modern gaming apps. Nintendo, the marketers of Pokemon Go, could have used totally different assets but it chose to use the old assets, that people love so much and built a game based on them. After all, what’s better than the much-loved Pokemon monsters coming into real life, right? Nintendo sought to use the brand it had established among the 90s generation and sought to use the passion it had to ignite its sales.

4. Targeting the audience at the perfect timing

Nintendo sought to launch the Pokemon Go game before the summer holidays, which meant that it was targeting the kids, teenagers, and young people who would be leaving home for their vacations. It’s because they realized that these youngsters will be more likely to get caught in the hype.

5. Making use of the mobile platform

Nintendo was a reluctant company when it came to smartphone gaming apps. But right now, they have changed the entire concept of the mobile platform. Before the access of augmented reality required several gaming devices to be physically worn on our bodies. But Nintendo has made it possible without them. As stated online by people playing Pokemon Go, the app makes use of places of interest such as churches, malls and so. These places of interest are used as PokeStops and Pokemon gyms. This means late-night walks or sudden trips here for training your monster in these gyms.

This has opened doors to vast opportunities for marketers. Malls and shopping centers can lure a huge influx of people simply by putting a “Pokemon” sign on their front doors. This would make lots of people visit these places in search of an iconic monster in the building. Perhaps one of these days, coffee shops and restaurants will be serving Pokemon-inspired drinks and dishes. And you could get you a discount if you show the game on the phone to them.

Have you heard of Ingress, another game similar to Pokemon Go that’s based on augmented reality? Well, Ingress was introduced in 2013 and it had more in-depth features than Pokemon Go. But it never became a successful hit as Pokemon Go.

Why? Because Pokemon Go was a brand that was engraved into people’s minds 20 years ago. The brand which Pokemon has established in its customers nostalgically as well as on other terms is the main reason why it sells. This shows that businesses with good branding strategies can have loyal customers anywhere around, even after a long stretch of time.

Pokemon Go is based on a reward system at each stage of the game. A person gets certain game points as a reward for catching a Pokemon monster. A player also gets reward points for the distance he walks in order to find the Pokemon. It is also kind of good because it increases the physical activity of the user! This type of reward system has boosted engagement like never before and as you know, people find it hard to get unhooked from their phones when they start playing this game. Currently, it is claimed that in the US and the countries where the game was launched, people are spending lesser time on Facebook and other social media.

What else could change because of Pokemon Go? 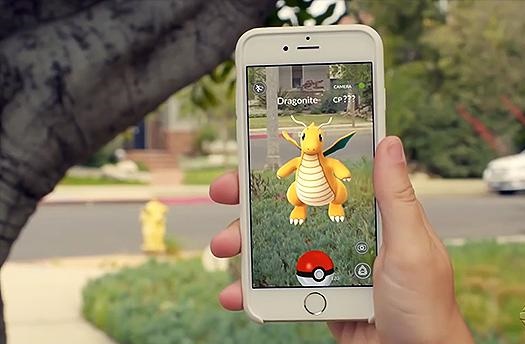 By brainstorming the latest developments in technology, identifying customer mindsets, and branding, Nintendo has made the app that’s going to set even more records in the upcoming future. Even though the game promises to increase outdoor activity and bring people of different cultures together, Pokemon Go has opened the gate to so many opportunities for businesses. Pokemon Go has already made a huge momentum in the news, social media, and in many people’s lives.

Pokemon Go features the use of augmented reality. Before long, marketers will be using augmented reality spaces to advertise and sell their products. So that could mean a significant advancement in digital marketing and finding out new strategies for this huge untapped platform.

Are you ready to play the game and collect your Pokemon? Off to catch ’em all!

Thank You for reading marketing lessons to learn from Pokemon Go!