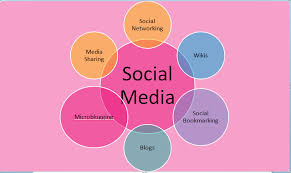 Social medias are important factor in SEO. Social media are computer mediated tools that allow people to create, share, or exchange information, career interests, ideas, and pictures/videos in virtual communities and networks.Your social media efforts will increase not only your direct traffic through the shared content but an increase of organic traffic via search engines. The most important social media sites are  Facebook, Twitter, Google+, LinkedIn and YouTube. The more likes you have there and the more people who share your story the better your ranking.social media marketing is your ability to foster and engage with a community of other people.

Importance of Social Media in SEO

Importance of Social Media in SEO brings both organic and inorganic visits. So lets describes how to share a post in social media.

Importance of Social Media in SEO A trend on Twitter refers to a hashtag-driven topic that is immediately popular at a particular time.Trends are determined by an algorithm that monitors hot subjects based on who you follow and where you’re located.

Topsy.com is a real-time search engine for social posts and socially shared content, primarily on Twitter and Google Plus. The service ranks results using a proprietary social influence algorithm that measures social media authors on how much others support what they saying.The service also provides access to metrics for any term mentioned on Twitter via its free analytics service at analytics.topsy.com, where users can compare up to three terms for content in the past hour, day, week or month. It was announced in September 2013 that Topsy will include every public tweet ever published on Twitter for search and analysis.

Follower wonk lets you see how your competitors are doing on Twitter with their followers. Follower wonk shows you the most active hours of your followers, which takes the guesswork out of deciding when to schedule your key tweets to get the most traction. Importance of Social Media in SEO improves SEO ranking.

Want to join the discussion?
Feel free to contribute!