As announced by Google on its official blog, they are rolling out a new penalty update from January 10, 2017. This new algorithm update will punish those mobile sites that irritatingly pop up interstitials in front of the user trying to browse the site.

Google had previously rolled out an update in September 2015 targeting mobile interstitials that ask users to install a new app. Ever since Google had been focusing its research on the user experience due to interstitials in general.

Google mentioned this new algorithm change will rank the pages with interstitials way too lower than they did once ago. Google’s new update is actually a replacement of the penalty for mobile app interstitials rolled out in September, last year.

But that’s not it! Google says they are committed to “helping users find the content they are looking for”. So it will be tackling those intrusive interstitials by giving them negative rankings in search results. According to Google, these pages “provide a poorer experience to users than other pages where content is immediately accessible. So after January 10, 2017, pages where the content is not easily accessible (that is, content that is present on the page and able to be indexed, but not viewable by a user due to an intrusive mobile interstitial) will have their rankings pushed down on search results.

Sites that will be affected by the new Google Update

Here are some examples of non-accessible content pages with interstitials that Google will be punishing:

But not all interstitials would be punished, as Google says. There are sites that would not be affected by Google’s new algorithm change.

Sites that won’t be penalized under the new Google Update

Examples of sites that wouldn’t get affected by Google’s new ranking signal: 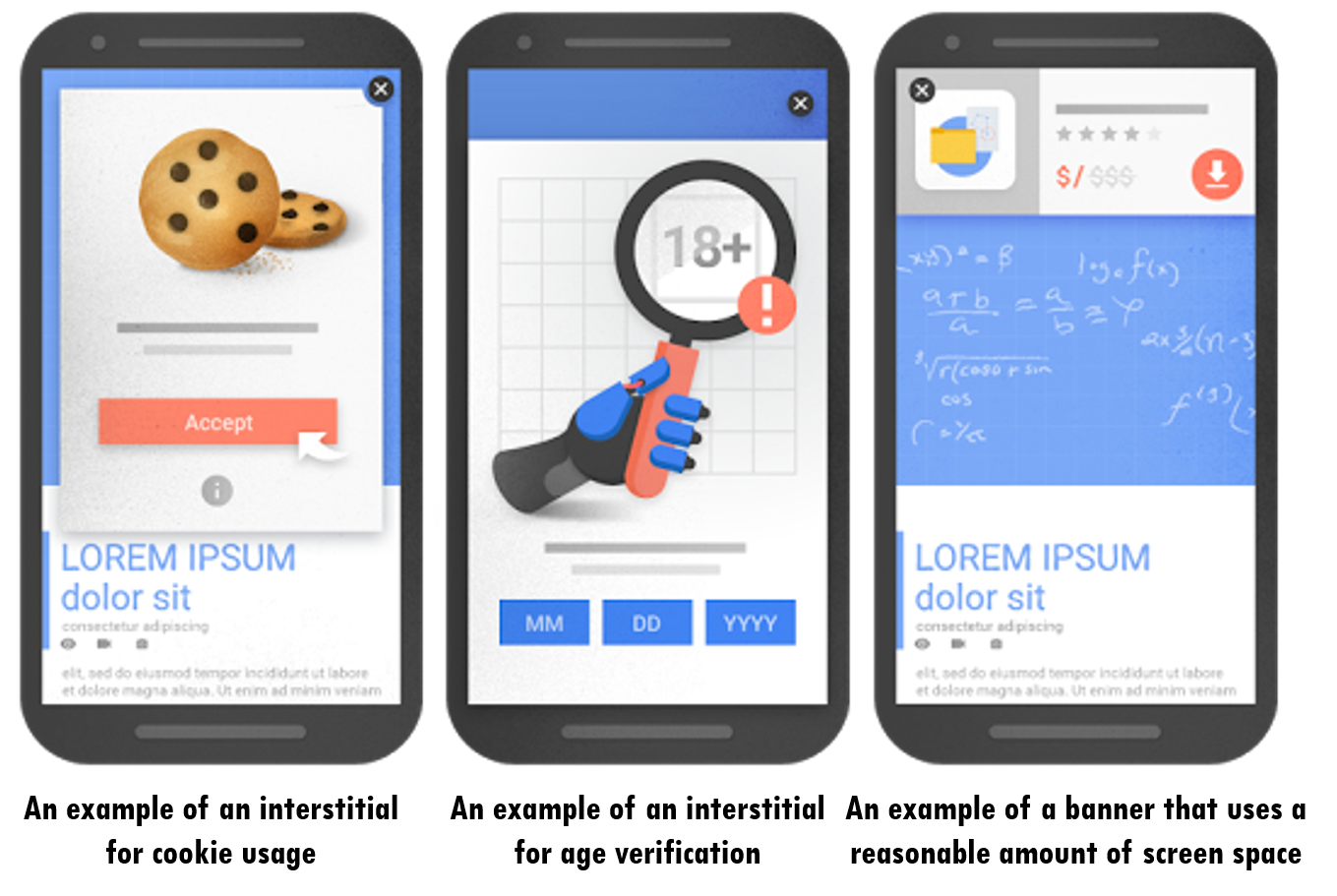 This new Google update comes across as incredibly great news for mobile users and webmasters, who found such popups annoying.

Once again, Google has announced that content. And the intent of a search query will still be a major ranking signal, whatsoever. And this new signal would be one among the hundreds of signals used to gauge whether the site is worthy of being included in search results. The good part is there is plenty of time for webmasters to gear up. And see if their sites have got “intrusive interstitials” and remove them.